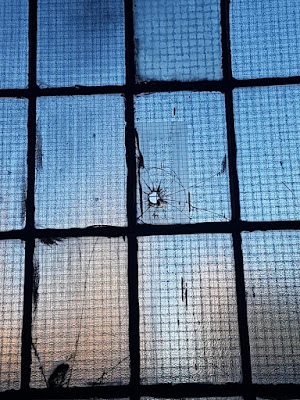 A few weeks ago I got a message from Tak Tent Radio, an internet radio station broadcasting out of Edinburgh, asking if I'd like to do an hour long mix for them. I was flattered, obviously, and said yes. Ali said musically Tak Tent is a total 'free for all so play whatever you like'. If you have a dig around on their website you'll see that it is with everything from Italo and electro to gospel and Scots folk, ragas and psyche- pop and Aiden Moffatt to Richard Youngs playing Hawkwind and Flux Of Pink Indians. In the end I put together an hour of music that follows in some kind of line from the Isolation mixes I was doing in the spring and summer, ambient and tracks with found sounds, drones and noise, some Durutti Column, some Two Lone Swordsmen and some clattering, spooked out Eno/ Byrne style stuff. The samples in Maurice And Charles's I, Carpenter and the voice of Kurt Russell as Snake Plissken gave me a title and a reference to the ongoing horror show/ political reality TV show that is going on in the USA. It went out yesterday morning  and you can find my Find The President mix to stream at Mixcloud here.

I almost titled it after Snake's line in this clip...

Another great mix, SA. The Birds by Rick Cuevas is a new one - did you weave in some Durutti Column samples? There were some Vini-esque accents which made the segue into Botdeaux Sequence even more wonderful.

Good mix, some great stuff on there SA. mixes...I like to be pleasantly surprised and these comps are always interesting.

Thanks SRC- I'll take sublime any day of the week!

Congratulations. Maybe radio has a future after all...