Jaime Hernandez (see earlier) wrote and drew the legendary 80s comic strip Love And Rockets, full of edgy indie-punk girls, who sometimes hung around in their underwear and sometimes played in bands, and who you might have fancied if you were fifteen and they weren't two dimensional creations. 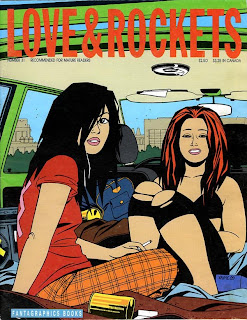 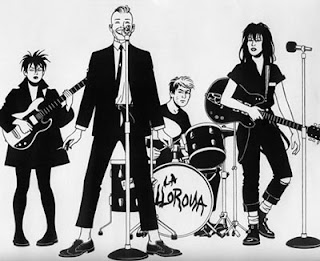 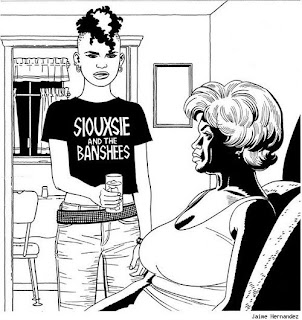 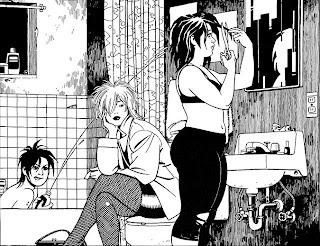 Love And Rockets were also a sometimes iffy pop goth band. I used to have something by them on the hard drive, but I don't anymore. So no Love And Rockets song.
Posted by Swiss Adam at 19:12

I've got the one with So Alive on it. This post disappeared and reappeared didn't it?

The band swiped the name from the comic and the comic guys didn't really like it. <> is the band's best album. They'd shot their bolt by So Alive.

Yes, it got published before I'd finished it Artog, accidentally- so I took it down. Thought no-one had noticed.

Have to agree SA, L&R should have been done by the time they released The Bubblemen wierdness. The first album and Express are worth keeping in my collection, but they never really lived up to the promise of the Tones On Tail releases which preceded them.

They do look cool.

Oh, I do fancy them (especially the left one in the first pic)despite the fact that I am 45 and they are two dimensional creations. And I think I don't want to know what that might possibly say about me ...

Just found out on Wikipedia that my favourite one is a lesbian.

It's always the ones that got away isn't it.