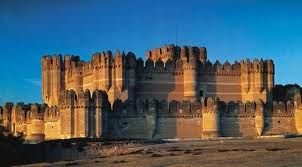 Listening to and posting that Orb remix of Lisa Stansfield at the start of the week (available on Aubrey's Excursions Two, which is full of great remixes of a wide variety of folk) led me back to the first Aubrey Mixes album- The Aubrey Mixes: The Ultraworld Excursions. It was released and deleted on the same day (December 14th 1991) and has six different mixes of Orb tracks from their golden period, all of which are worth your time. The cd version had a seventh track...

Some very bad blog management to report- I've exceeded my Boxnet bandwidth with a third of the month to go and 4 Shared suspended my account a while ago. I've gone back to Mediafire for the time being which caused some people a few problems last time. Let me know.

And there's this as well from the Aubrey Versions Two album, a remix of Wendy and Lisa- a stunning slice of blissed out, woozy dub pop. Earworm.

December 1994. I was in University in Turin. A friend of mine from my now infamous hometown asked me if I could find "The Aubrey Mixes: The Ultraworld Excursions" in one of the record shops I used to haunt. Two days later I managed to track down a vinyl copy of it, and not knowing about the release/deletion malarkey I promptly gave it to my friend. Damn. It was also cheaper than usual!
One of my fave records ever, btw.
Luca.