And I'll Have Candy All The Time 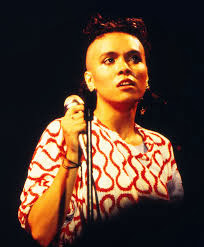 I've heard this song crop up a few times in different circumstances over the last week or two and where the blog's concerned I take that as a sign- Bow Wow Wow, fronted by Annabella Lwin, had a pop take on a kind of Burundi beat and rock 'n' roll pairing. Masterminded by Malcolm McLaren, he nicked the three blokes from Adam Ant and found Annabella in a launderette aged 13. This got him into bother later when her Mum contacted the police about a photo session when she was aged 15, naked, recreating Manet's Le Dejeuner Sur L'herbe. This song and Go Wild In the Country were proper big hits and they released three albums before the boys in the band ejected Annabella. I Want Candy is a cover of a song by The Strangeloves (who themselves were a made up band, never really existed). The band have reformed various times with one, two or three members plus others. Sadly Mohawked, punkabilly, Gretschslinging guitarist Matthew Ashman died in 1995 of complications due to diabetes.

Video, a hit on early MTV, with some large candy props (geddit) and some green screen technology

Something something musicians at my school. Leigh Gorman ex pupil from my school, not as famous as that other bass player from the same era Martin Kemp, who was also there.

Great stuff. If pop goes this way I can follow. Gonna get me some candy and some 'Chihuahua'.

Those early BWW releases were pure pleasure! McLaren knew what he was doing and stuck around just long enough to make it all work. If only we had some pop svengali's with just an iota of the art of McLaren, the charts would be a wonderful place...