The Return Of Friday Night Is Rockabilly Night 123 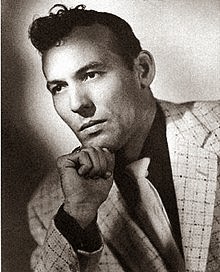 My recent spurt of Cramps enthusiasm has led me back to some of the source material. On Stay Sick! there is a suitably great and sleazy cover version of this song by the great Carl Perkins, from way back in 1956 and recorded for Sun Records. Carl has that pared down sound and and tone and wants to let her know that he's 'a lovin' man'. This is risque, even lewd, stuff for the mid-1950s- he says he'll take off all his clothes for her. His lovin' is so much that she'll follow him to the grave. And I can't believe it was only Lux Interior who took her love rubbing off on him as literally and not just metaphorically.

Her Love Rubbed Off
Posted by Swiss Adam at 16:30

Thankyou! We live for FNIRN

Thanks CF. Hard keeping it going week in, week out but worth it.