The Return Of Friday Night Is Rockabilly Night 122 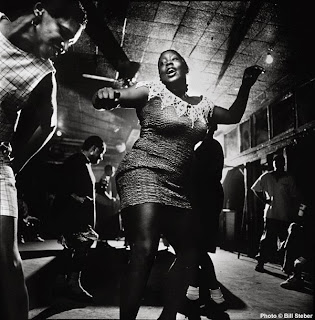 Being an unemployed muleskinner can't have been much fun during the Depression of the 1930s. Come to think of it, being a muleskinner can't have been much fun at any time. Muleskinning isn't as gruesome as it sounds though- a muleskinner was usually a man who drove mules. In the song the muleskinner approaches a boss looking for work. Asked what skills he has he replies 'I can pop my initials on a mule's behind'. Various versions take the song elsewhere, some directing it as a Black narrator who walks out on the white boss when he doesn't get paid, some not mentioning muleskinning at all, some using the third verse to turn attentions to the man's Mississippi girl. Blind Lemon Jefferson had a blues take on it, country stars Bill Monroe and Roy Acuff recorded it, Woody Guthrie, Odetta, Lonnie Donegan, Ramblin' Jack Elliott...

In the 1960s The Fendermen added some surfy guitars and rockabilly swing, and a fairly unique vocal take, full of hee-hee-hee-heeing. Many muleskinning aficionados rate this as the best version and it's got rockabilly written all over it's grooves.

Bob Dylan, Dolly Parton and Don McLean all had a pop at muleskinning. By the time The Cramps got to it in 1989 the yodelling had vanished more or less, although Lux adds some pretty raw vocals with a bit of guttural hiccuping. Very raw with amped up zinging guitars and some real menace.

The Cramps contrive to make this a very lewd song with their delivery. Is muleskinning a euphemism? The joyous delivery of The Fendermen is almost child-like in comparison. Fine fine versions though.

Stay Sick has 12 songs on it- apart from Bop Pills (which is about drugs)I reckon every other song is lewd. Most forego double entendre and euphemisms for something far more direct - check Mama Oo Pow Pow for instance-

Girl, you could use a good spankin' and baby, so could I
I love to hear the screams of the butterfly
Now I don't wanna be your dear sweet friend
I just wanna beat your little pink rear end
Mama Mama Mama, ooh pow pow, who's gonna twist and shout?

Every song by the Cramps is lewd and sleazy I love them but listening to too much at one sitting always makes me want to shower.