All Of My Senses 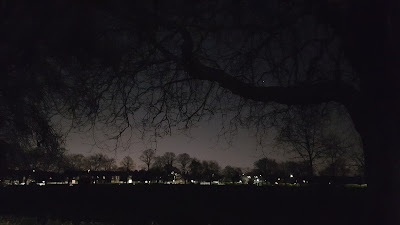 More heartfelt music from the American leftfield today- the terms indie and alternative rock don't seem to underplay these artists and their songs but I guess that's roughly where R.E.M., Rose City Band and Grant Hart sit. In 1989 Grant Hart, drummer, singer and songwriter in Husker Du  was fresh from a band break up that involved among other factors drug abuse, the suicide of their manager David Savoy and a complete communication breakdown between Hart and Bob Mould. Grant was first to release a solo album, Intolerance, in 1989. The album is organic sounding, all instruments played by Grant- organs, handclaps, rolling drums, harmonica, splashy cymbals as well as guitars, a world away from the buzzsaw wall of noise and speed of Husker Du. Intolerance is personal and confessional, littered with references to addiction, broken relationships, regret and loss. Album opener All Of My Senses blasts off with distorted, howling voices before a 60s organ part and handclaps drone into earshot and Grant's wracked voice takes the lead.

All Of My Senses

She Can See The Angels Coming has droney church organ, cymbals and Grant singing a moving lament for a dying girl.

She Can See The Angels Coming

Grant died of cancer in 2017 and would have turned sixty a few days ago (18th March) had he lived. His post- Husker Du work is far less well known and covered than Bob Mould and Grant often seemed to have been handed the shitty end of the stick after the split- but Intolerance and the rest of his solo work is well worth seeking out.