Along The Rusty Ribbon 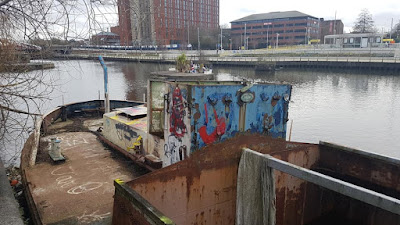 Sally Rodgers and Steve Jones of A Man Called Adam have put together a mix for Caught By The River, forty minutes of music and found sounds inspired by walking along the Teesside coastline, a place where land, beach, the North Sea and post- industrial Britain rub up against each other. Field recordings of the sea, ambient music, Nordic folk songs, some downtempo dance music and a bit of classic northern indie from New Order in 1983. Sally's words and mix are at Caught By The River and Along The Rusty Ribbon is at Mixcloud too, a really evocative and immersive way to spend three quarters of an hour.