You Were Sometimes Hard To Find 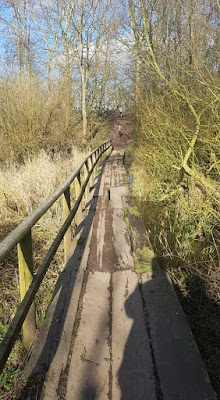 This song floated back into my earshot recently, a piece of 1990 and a song that nails a feeling and a time in some ways. Then was the second single from The Charlatans debut album Some Friendly. Previous single The Only One I Know had gone top ten so the group had suddenly found themselves a fanbase, the early days of Indian Rope, small gigs and fanzines turned into something much bigger. Then doesn't scream single to me, and I'm not sure it did back then, but it is a perfectly put together song- Martin Blunt's Motown/ A Town Called Malice revival bassline, Rob Collins' swirling 60s garage band Hammond organ surfacing and diving in and out of the mix, some crunchy guitar chords from Jon Baker and that very 1990 drum pattern, a loose limbed indie- dance shuffle. On top of this indie- guitar, 60s psyche pop Tim Burgess sings softly but determinedly, a put down of an ex.

It was a guaranteed floor filler at early 90s indie nights, long sleeved t- shirts pulled over fists, flares flapping and dragging, love beads and fringes shaking around, everyone footloose and in love with themselves and each other. Happy days.

Then just missed out on the top ten, reaching number twelve but the band found themselves on Top Of The Pops doing their best not to be pop stars, looking like they just got out of bed and put on whatever they'd dropped on the bedroom floor the night before. Indie bands hitting the charts and Top Of The Pops felt like a big deal at the time, like suddenly the world was waking up to what had been going on in small clubs, the back rooms of pubs and the independent record shops.

At the time I wondered where the Jon Baker version of the Charlatans might have gone had he stayed. I wonder if they may have ploughed a slightly more garagey furrow rather than the somewhat overproduced (but still good) Between 10th and 11th album. This single, and the subsequent Over Rising, were possibly better as live versions, which were electrifying at the time.


Nice to hear that again after such a long time. Loved the album too.

Was there ever a better feeling than pulling a long sleeve tee shirt (or football shirt for that matter) over your wrists? One of (many) football/music crossovers: If Denis law didn't patent it then he should have!

Never a big fan of the song as a single, but it stirs something in me whenever I hear it nowadays. I always heard that line as "You were so damned hard to find..."

Agree Nick- I've read that Baker got the chop because his guitar playing wasn't good enough but the garagey feel to the songs from this time is better than what came immediately after. Opportunity 3 on the Overrising 12" is a real high point.

Agree John too, totally. It's the little things isn't it.

And agree Robster as well, didn't seem to sound like a single then but sounds really stirring now.

Then is the song on Some Friendly that elevated the album to among the most important from a decade that was as yet undefined and that would end up being as struggle for me to look back on with a great deal of pleasure when it came to Rock & Roll.

It's been a few years since I last heard this, but it still sounds very fresh to these ears. That bassline is terrific.