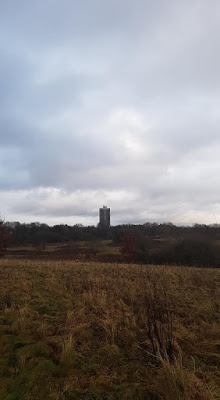 Pye Corner Audio has been drip feeding releases into the ether over the recent months and in the not too distant future his remixes of all eight songs from Andy Bell's The View From Halfway Down will come out physically (PCA's remix of Cherry Cola back in November was a sublime reworking of the song). Andy's song Indica, a tribute to the backwards lyric writing process of The Stone Roses' Don't Stop, and named after an art gallery/ book shop in Swinging Sixties London and a strain of marijuana, has been remixed by Pye Corner Audio and then re- edited by GLOK (Andy Bell's other solo project), a majestic, slow building, euphoric hymn, synths burbling away.

Pye Corner Audio's own releases cast a similar spell, all constructed with drum machines, analogue synths and vintage sounding FX units, and have recently shifted away from the ghostly sci fi soundtracks scene and towards something earthier and based at an imaginary lockdown dancefloor. These two are at Bandcamp and are free downloads. Mono Three is a dark gritty monster, squelchy bass and bleeps, insistently building over six minutes. Quarry Rave- and I cannot resist a track called Quarry Rave- came out last week, setting sail on a modular synth pattern and a slightly lopsided rhythm before a lovely warm wobbly synth joins in. Add percussion, repeat, oscillate.
Social Dissonance was recorded live in 2019, twenty one minutes of cosmic, radiophonic synth on Side A and more, the same length, on Side B.
Posted by Swiss Adam at 08:00

These look great, Adam - thanks for the steer.

Have to agree Adam, the mixes so far of Any Bell's records have definitely whet the appetite for the full release. The original PCA stuff is really good too, interesting and ploughing it's own distinctive furrow

Quarry rave sounds very good through headphones on an evening walk. I can confirm.

Acid Ted is a long standing blog of excellence Anon. Thanks for the tip of the track, will check it out.

THAT was the best trip I've been on in a VERY LONG TIME!! Fucking ridiculous!

I'm relatively new to Pye Corner Audio (and solely thanks to your previous posts, Adam) but I've been enjoying them ever since.

With Quarry Rave and the previous Rotational Squelch, I also think we have early contenders for the best song titles of 2021...