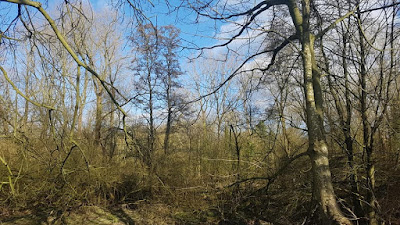 This was featured in the middle of David Holmes' recent show at NTS (posted yesterday) but I've been meaning to post it in its own right since I bought it, it's nine minutes long so fits in perfectly for this long running Monday series and is in aid of a very good cause.

Bunny's Lullabye, nine minutes of beautiful guitar playing (courtesy of Chris Mackin and Kenji Suzuki) and some twinkling synths, is a gorgeous piece of music and send off, a cosmic lullaby. Buy it at Bandcamp. All profits from its release will be going to Great Ormond Street Children's Hospital.

Mat Ducasse is/ was Matty Skylab. Back in 1999 Skylab remixed Holmes' 69 Police, the lead song from Homer's Bow Down To The Exit Sign, an album of instrumentals, guest vocalists (Bobby Gillespie, Jon Spencer, Martina Topley- Bird) and street sounds. On this remix Matty loops the organ sounds and adds some squealing guitar or sax, maybe both, over a dusty chuggy rhythm. Music for a nightclub scene in a dystopian future film.

My word, Bunny's Lullabye is gorgeous, moving and profound, without being in the least bit morose. I started listening to it while flitting about doing other things, but quickly felt the need to sit and give it my full attention. Happy to make a small contribution to this massively important cause.

I was well into David Holmes throughout the second half of the 1990s - his music packed such heft. I need to dig into those God's Waiting Room shows.