The Rider On The Wheel 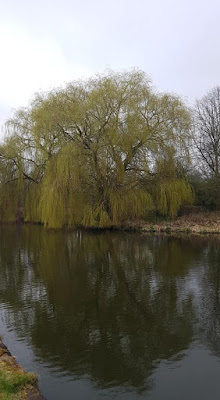 Nick Drake for Sunday morning, an ideal soundtrack for a slower start. Finger picked guitar, recorded close to the mic. The very English, resigned tone of his voice. The oblique lyrics- time passing, loss, dislocation, wheels, dogs, magic, meetings. This song, Rider On The Wheel, is my favourite of Nick's and seems to contain a recognition that his music hasn't found its audience in it's short running time, two minute and thirty seconds of English folk music in the mid 1970s.

Rider On The Wheel first appeared on a 1987 compilation of lost songs, alternate versions and outtakes called Time Of No Reply, an album I bought on cassette unheard after reading a reading a review in Melody Maker. I've no idea why I bought it, it wasn't the sort of thing I was listening to at the time and I think it took some time for the songs to sink in and make sense to me. Rider On The Wheel is from the so- called 'final four' recordings, a quartet of songs recorded in February 1974 before his death from an anti- depressant overdose in November of that year. The 'doomed romanticism' of Nick Drake's short life, the songs (especially the folk songs), the failure of his albums to connect with the record buying public and depression can overshadow the songs and can make it difficult to hear his music on it's own terms. This one though, despite it's melancholy, I can listen to just as a song.

Rider On The Wheel

Its a shame how Nick Drake's music gets overshadowed by the myth because it's mostly beautiful, intimate and poignant sounding. I bought that comp too, and I still play it.