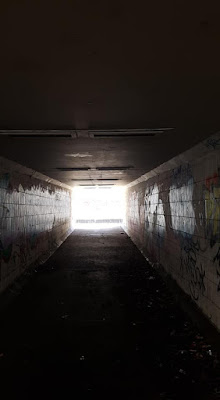 Red Snapper have a new single out, a lithe piece of space- jazz- danceable rhythms and dubby echoes, a retro- futuristic surf across the spacewaves. Having been living with this on and off for the last month it's come into its own as the world has unlocked a little, as the sun's come out and we're seeing the outdoors as somewhere to live. Put B Planet on a playlist or burn it onto a CD compilation and let it groove away between some appropriate surrounding tracks, some cosmic disco and 90s Detroit techno say.

Kito Jempere's remix takes things into more abstract territory, rattling snare and stripped down surrounds, lots of space, some horns and double bass and a voice drifting in. One for the bar in the nightclub at the edge of the solar system where the robotic bartenders clear your table and pop another alcohol tablet under your tongue. You loosen the velcro strap at the top of your silver and grey boilersuit as the android band on the stage plays on. Buy both here.
Posted by Swiss Adam at 08:00