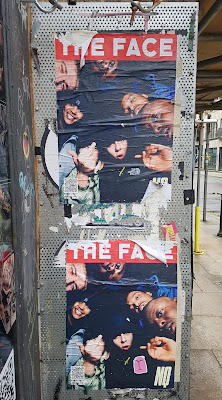 In 1967 The Electric Prunes recorded a concept album with composer David Axelrod, splicing psychedelic rock with Gregorian chant on an album called Mass In F Minor and although it became an underground hit the band broke up due to difficulties in recreating it live. Producer Dave Hassinger hung onto the name and  put together a completely new line up of The Electric Prunes and got Axelrod back in to write and arrange more new songs, this time based around a Jewish prayer. The result was Release Of A Oath, a lavish, string laden rock album made mainly with session musicians (including several members of the legendary Los Angeles Wrecking Crew).

In 1968 David Axelrod made his own solo album Song Of Innocence, bringing together William Blake, the members of the Wrecking Crew that made the Prunes album and a jazz/ soundtrack/ easy listening/ orchestral/ sumptuous psychedelia vibe.

Both records provided producers and DJs in the 90s with a rich sample library, the strings and drums particularly, including DJ Shadow and Unkle (see Tuesday's post). So it all comes together quite nicely for today, a Thursday, the first day of April, approaching Easter, in the middle of Holy Week (not that I'm religious) and makes it look like I planned this when in reality it came together last night while drumming my fingers and thinking about what to post.

Necessity is the mother of invention

Yep, very much so.