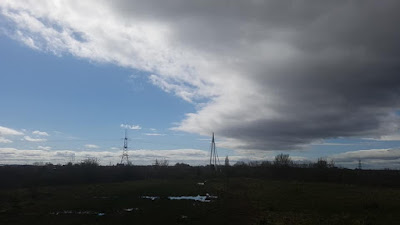 Richard Norris' series of long form ambient/ deep listening tracks, Music For Healing, has continued this year. The latest one- no title, just April's release- is the best yet, from the deep drone that opens it to the single piano notes played sparingly on top, the waves of synth and layers of choral voices. The constant hum that underpins it sound like a nod to the deep listening recordings of Pauline Oliveros. At fifteen minutes there's a shift in tone, the meditative drift gently looking upwards to the light. It's here.

Also released recently is a compilation of tracks called Music For Soundtracks Vol 1. High On Hope is a beauty, based around a piano motif, some pitter- patter drums and the push of a bassline to steer the music towards a dancefloor. The album, ten tracks long, is here, ambient sounds and experimental electronics plus some smart dance music that have appeared in a documentary about Cold War Steve and Marc Isaac's latest film.

Wholeheartedly agree Adam, Richard Norris just seems to go from strength to strength. The Music For Healing series is a constant delight and the soundtracks album has been on repeat play too. Really looking forward to the Grid/Fripp album coming later this year

The best 15 quid I spend every month.

That April Music For Healing tune is tremendous.

His own remix of 'water' is terrific, like a modern Papua New Guinea