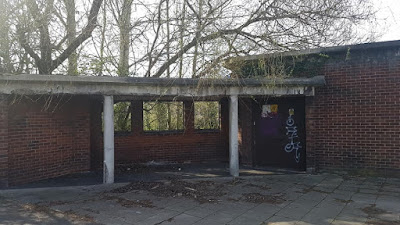 I don't know if it was yesterday's Nashville Ambient Ensemble post that implanted the word Nashville in my mind or complete coincidence but out of nowhere I found myself humming a song from Bob Dylan's 1969 album Nashville Skyline. This one...

Tonight I'll Be Staying Here With You

Recorded in Nashville with Dylan deep into country music, a clear higher register voice (due to a temporary giving up of ciggies) and with some of Nashville's top musicians on board- pedal steel guitarist Pete Drake and drummer Kenny Buttrey are all over the album (as well as Johnny Cash). It's a new Dylan, not the thin wild mercury man of 1966, not the voice of a generation any more, but calmer, more reflective family man. At the time many felt he'd abdicated his responsibilities, given up his crown at a time when he was needed most- 1969 was a tumultuous year in the USA- but he couldn't keep going at the rate he was and had to slow down and stop.

The previous year Dylan had released John Wesley Harding, a stripped back, low key, almost lo- fi album, short songs recorded in Nashville (almost on a whim) full of historical and biblical imagery (the outlaw of the title, St Augustine, Tom Paine, Frankie Lee and Judas Priest, landlords, drifters and hobos). John Wesley Harding was the opposite of what everyone else was recording in 1967 and this makes it all the more a standout album of both the decade and Dylan, Bob doing something else entirely as everyone else was chasing the psychedelic dollar. This song, recorded in Nashville has Pete Drake's pedal steel all over it, Bob's laid back, folky acoustic guitar and country backing from Kenny Buttrey and bassist Charlie McCoy. Meanwhile Dylan croons.

I'll Be Your Baby Tonight


Lovely album that, nice to hear from it again.

I started to type that I like the Charlatans version of the first tune... but then stopped myself when I realised I'd also have to admit to liking the Robert Palmer version of the second one, at which point you'd probably never speak to me again.

Ha. Funny how everyone of a certain age remembers the Robert Palmer version.

Only slightly spoiled by the involvement of UB40.