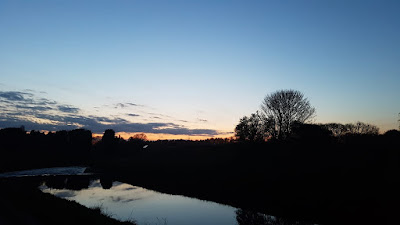 The second Bicep album, Isles, came out at the start of the year. The singles that led up to it were real favourites of mine- Atlas especially but Apricots too- but the album felt a bit flat to me, a bit samey. Maybe listening to it in the dark days of January with everything that was going in lockdown wasn't right, and the highs and lows of Isles, the euphoric synths, neon waves and clubby rhythms might be better heard now the days are getting brighter. I need to go back to it and give it another go. Bicep have since added another three tracks to the album to expand it into a deluxe edition. Siena, with vocals from Clara La San, is a bit of a turnup, a breakbeat and slow moving moody synths drone and then Clara's breathy vocal building for the first minute before the bassline takes over. It could easily spill over but the Bicep pair show some restraint here, holding back the temptation to go big instead keeping it a bit darker and more interesting.

Light is all synth stabs, chopped up vocals and hi hats. There's something about this one that reminds me of 808 State, a similar approach to beats and sounds, hard edged with tough melodies.
Meli is all textures and atmosphere, gradually growing in intensity, the bleeps and waves of sound folding in on each other, and could easily be twice as long without losing anything.
Posted by Swiss Adam at 08:00

I feel like you need to give Isles another go Adam. I feel there's some real beauty in their trancey breakbeats, repetition and moody/emotional vocals. I'm currently obsessed with Cazenove. It swirls around my head in an eliptical circuit, taking me back 20+ years at one end and showing me a glimpse of the futur a the other. Fir is simply cinematic, but has a gentleness that lulls you into a comfortable space.
I agree with your comparison to 808 State on Light. There's some very Massive Attack drone on Siena and Clara La San can narrate my dreams anytime she feels like it. Finally Meli seems like a musical probe sent out to search for new sounds, leaving a trail of where they've been in afterburner smoke and vapor.