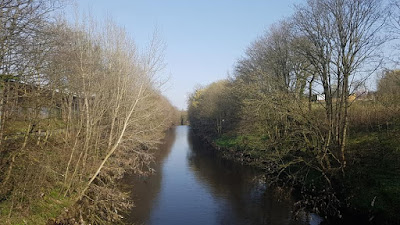 It turns out that Luke Schneider and the 'weird Nashville' scene of Nashville Ambient Ensemble I posted on Monday is not confined to Tennessee but is part of something wider. A friend on social media pointed me in the direction of SUSS, a New York fourpiece who use a similar set of instruments- pedal steel guitar, ebow, baritone guitar, synths and a harmonium- to make ambient Americana or ambient country, inspired by the wide open spaces of the north American continent and 70s psychedelia. SUSS call it 'pastoral psychedelicism'. Their album Promise was made in lockdown and doesn't put a foot wrong, a perfect state of blissed out, cosmic drift with some loss hinted at in the grooves. Buy it at Bandcamp.  Promise, their third album, came out in December last year. Mission is as good an introduction to their music as any of the eight tracks on the album and with titles like Midnight, Drift, Winter Light and Echo Lake you can see exactly where they're coming from.

Yeah, it's really good isn't it