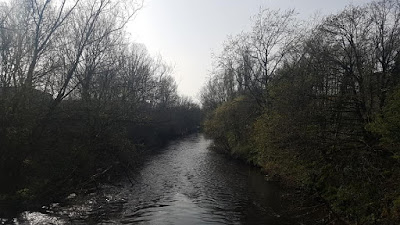 Warpaint's bassist Jenny Lee Lindberg released a solo album in 2015, an album steeped in post- punk and gothic influences. Stella, Warpaint's drummer, played on it and as a result the album is very bass and drums led with Jenny's voice layered on top. The single Never was the best moment, a clattering, splintered Cure- indebted song for 2015, the guitars sending little shards of light into the monochrome rhythms. One to dance to in the Batcave.

In 2017 Jenny Lee wrote a song with Danish producer Trentemoller. This version, the so called Blissed Out Mix, is sparse and spectral, the synths adding texture rather than tunes, the goth psychedelia of Siouxsie recast for the 21st century. Less overtly pop than the main mix and rather good.

Hands Down (Blissed Out Mix)