Now I've Got You In The Undertow 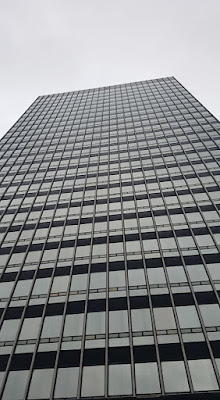 Record Shop/ Store (delete according to taste) Day for 2021 is in June by which point the people behind it hope that record shops will still be open and people will be able to queue up from the early hours to bag limited edition, coloured vinyl re- issues of records their parents dumped in charity shops two decades ago. One announcement which did prick my interest is the release of Warpaint's 2010 album The Fool in the form of the mix Andrew Weatherall did of the songs- only two of his mixes made the final album but this release promises to be the whole record as he mixed it. At the time someone (the band apparently) took the view that Weatherall's mixes of the songs weren't right for release and most of them were shelved. The Fool is a good album and hearing Andrew's mixes is definitely of interest- not that I intend to queue up outside Piccadilly Records at some stupidly early hour to get one so I suppose I'll take my chances later in the day.

I've a lot of time for Warpaint. Their first mini- album Exquisite Corpse from 2007 was a blast with the brilliant song Elephants at its centre. 2010's The Fool was led by the single Undertow, a swooning, submerged, moody song that sounds like dusk in California (to someone who's never been there), with all that sea one way and all that land the other (to borrow an image from Kerouac).

The 2014 follow up, a self titled album, was by far their best for me, the slightly stoned vocal harmonies, rolling grooves, PiL basslines and psychedelic/ post punk guitar lines all coming together perfectly on songs like Love Is To Die, Disco// Very and Biggy. Love Is To Die has an urgency and darkness to go with the dreaminess, Jenny Lee's basslines and Stella's drums locked in tight, and the vocals floating on top, slightly behind the beat.

Love Is To Die

Thanks for this Adam, wasn't aware this was coming out. Remember seeing Warpaint just after Exquisite Corpse came out and they were spellbinding, loose yet tight. I always thought Weatherall did some of his best work behind the desk with bands that didn't necessarily share his world, but appreciated getting into a groove, so to speak.

I was sure I saw Warpaint supporting someone once, so consulted the tickets and yes they were on the 6Music Festival gig at the Barrowland and I have to confess I was totally underwhelmed by them, not my thing at all, all I can remember is that there wasn't very much of anything going on at all.

Undertow is a kind of reply to Nirvana's Polly, which once you clock it you can't not hear. I prefer it to Polly!

I love the dreaminess of Undertow. It was a stand out track for me...gulp...11 years ago... As for Weatherall mixes of The Fool, there had better be a post record store release or availability. I don't buy in to RSD, so I doubt by the time I look for it, it will be available. I'll take digital versions over new vinyl anyway.