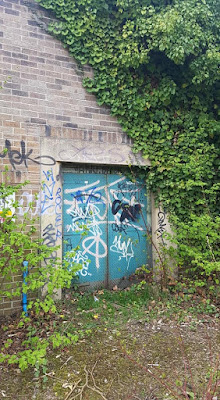 Brother Joseph's Sonic Treasure Show broadcasts out of Glasgow via Radio Magnetic, weaving a mix of cosmic, psyche, ambient, downtempo and dub. This one, Sonic Treasures Part Six, went out two weeks ago. At the start of the year there was a superb two part adventure through the world of Woodleigh Research Facility. Tonight Joseph presents a three part show featuring himself, the talents of Stephen Haldane and a one hour forty minute mix courtesy of Sonic Boom. Now based in Portugal, Sonic Boom (Pete Kember) has pursued analogue synths, space rock and electronic drone with a single minded devotion from Spacemen 3 to Spectrum to E.A.R. to his 1990 and 2020 albums under his Sonic Boom name and through productions and remixes of a bunch of like minded artists, including Dean and Britta, Cheval Sombre, Moon Duo, Yo La Tengo, Panda Bear and Beach House. Having had a taster in advance Sonic's mix for tonight's show is a blast, a trippy glide by through his back pages with productions for Beach House, Deakin, Dean and Britta (a very blissed out cover of I'm So Bored With the USA), Moon Duo and Cheval Sombre, remixes of Ghost Wave, Vola Tila and some of his own songs from last year's All Things Being Equal album and much more, ebbing and flowing, waves of spaced out, forward thinking, psychedelic sounds. Well worth tuning into if you've had any interest in Mr Boom's work from Spacemen 3 and beyond. You can find the show at Radio Magnetic from 9.00pm tonight.

Sonic Boom's album Almost Nothing Is Nearly Enough is out later this month, with remixed and reworked versions of songs from last year's album plus  two songs previously not released outside Japan. This song, Tick Tock, one of the songs released in the Japanese market only, is a masterclass of repetition and warm drones and tones.