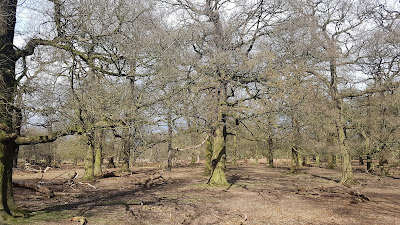 Back to work today after two weeks off so something calming is needed to ease my way back into the maelstrom. This is some gentle, analogue ambient/ cosmische music from Cluster in 1976, the duo formed by Roedelius and Moebius, with Conny Plank in the producer's chair and after some time with Brian Eno the previous year when they all recorded together with Michael Rother as Harmonia. Eno's influence can be heard all over the eight minutes of this track as can their decision to leave Berlin and head for the West German countryside, where they built a studio in a village in Forst, Lower Saxony.

Sowiesoso, the album from which this song is the opener as well as the title track, is a kind of pastoral krautrock, ambient sounds, washes and soft pulses, a step away from the motorik drumbeat into a calmer world. Sowiesoso translates as 'anyway' and that's kind of how this sounds.

Like that, a good start to the week. Good luck with going back to work, we finished later so we're still off this week and are having a campervan trip to Suffolk from this morning. There is snow on the ground in the south east. In April. This country is officially mad.

Great track to start the day on, hope works as good as it can be.