Anyone Who's Ever Had A Dream 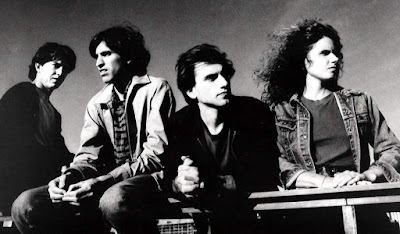 Another Velvet Underground on Sunday post today. In 1988 Toronto's Cowboy Junkies rescued Sweet Jane from the countless butcherings it had received at the hands of the man who wrote it. Their album The Trinity Sessions was recorded in a church and somewhere in that building the people involved and the church's natural echo and reverb summoned up something magical. Margo Timmins' voice, her brother Michael's guitar and the rest of the band, all gathered around a single mic, recast Sweet Jane in the mould of the 1969 Live version rather than the Loaded one, retrieving the earlier lyrics and the 'Heavenly wine and roses/seem to whisper to me when you smile...' section (some lyric sites have this line as 'heavenly widened roses' but I've always heard the former and that's what I'm sticking with). Lou Reed later said that Cowboy Junkies had made his favourite version. Mine too.

Like Reading, Writing And Arithmetic, the Trinity Sessions is one of those albums we all seem to agree on.

That Blue Aeroplanes cover is good Martin. I saw them support REM in 89 and thought they were ace but their records never seemed to have the same power.