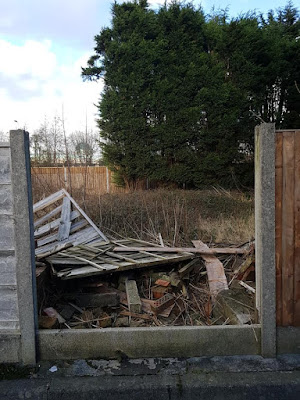 This time last year two records were released, one of which I missed out from my end of 2018 list which shocks and appals me as it is a stunning piece of work. It is this one, Four Tet's remix of Bicep's Opal, an eight minute beauty built around a stuttering riff, bells and happy-sad synths. There wasn't much that came out last year that topped this.

I also re-found this, a track from Daniel Avery's Projector e.p., also out in March last year following his Song For Alpha album. There's a new album out in April, Song For Alpha 2, that pulls together all the remixes and e.p. tracks plus nine new ones (from the hundred or so he recorded that he then created the original album from). The one which grabbed me again recently is Shadow Mountain, a slow moving late night thing with waves, reverb and a snare but which turns towards the strobe part way through and becomes seriously intense.

One of the remixes included in Song For Alpha 2 is Jon Hopkins' rework of Glitter. This is a monster, centred on a massive rattling, brooding kick drum and tension that builds in waves around it. At about three minutes Hopkins starts to drip some repeating melodies in that dance around like moths circling a naked flame. Everything drops away five minutes twenty, the kick resurfaces, and then after a few seconds explodes in a burst of light and colour. Magic.

And they work well as a 3 too.