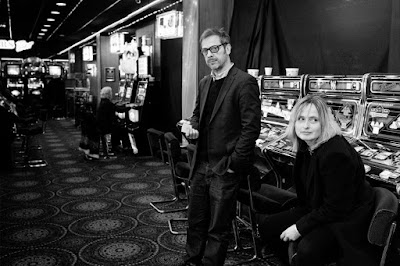 A Man Called Adam have a new album out in March with two new songs posted online as a taste of what's to come. Ou Pas has a breezy, slightly off kilter rhythm, what sounds like a looped guitar part, a squelchy bassline and some jazzy flute- the sounds that made their 1991 album The Apple and 1998's Duende but fed through some 2018 filters and with Sally singing French phrases. Album opener Mountains And Waterfalls is longer, a groover, congas and piano chords harking back to their Acid Jazz days, and then adding disco strings and breakdowns as it unfolds. Both sound half aimed at the feet and half at the head, music to stop doing whatever it was you were doing and listen. The journey they started back in the late 80s with Earthly Powers and Barefoot In The Head continues.

Blimey. Wasn’t expecting them back

That is very nice! Like a soundtrack to black lit corridors finding your way back to the dancefloor at 4am. Trippy, jazzy, chill, and just ridiculous enough to keep you smiling throughout.