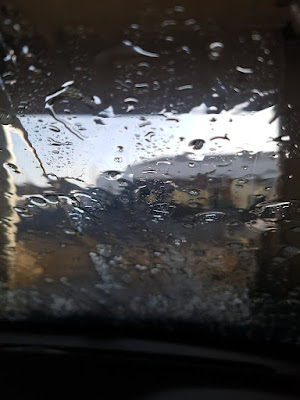 Ambient house from October 1992 at it's most drawn out and extended, a masterpiece from The Orb. Released as a standalone single (following the even longer and more extended Blue Room single). This mix, The Chocolate Hills Of Bohol Mix, was on CD2, from the days when multiple mixes and versions spread across a 7" single, one or two 12" releases plus possibly a white label, a cassingle and a couple of CD singles was considered an acceptable way to persuade your fans to part with their money. Assassin remains pretty absorbing even though nothing very much happens- this mix becomes a bit more intense and insistent around the ten minute mark.

Assassin marked the end of a phase of Orb activity. They left Big Life the following year and signed to Island, releasing Pomme Fritz in 1994. Thrash (Kris Weston) left shortly afterwards as well, after some disagreements with Alex Paterson about work rate, control  and direction. Clearly things rankled with Kris for some time. In 2016 he wrote a lengthy blogpost 'setting the record straight' which you can read here if you're so inclined.
Posted by Swiss Adam at 08:00

Ah yes, the multi-format days - what (expensive) fun we had! I chose this one to start my day and it was definitely a good move. As I've said over at my place more than once, I'm a sucker for musical meanderings. Sometimes they can form an extended introduction to a more focused piece, while other times the meandering is a satisfying end unto itself. This is a great example of the latter.

I don't think I have read this article but he did one a few years previously regarding the first album and who was responsible for the recording it and he was extremely angry but he came across as quite unhinged. he was also very scathing regarding Youth.

Thanks for the link to the Kris Weston article. He is claiming that he was largely responsible for the early Orb material that he was involved in. He claims Alex Patterson was not technically capable at all and has totally understated Kris's creative input. Kris is clearly unhappy about copyright issues. He is very vitriolic, but very convincing in his explanations, going into a lot of technical detail and personal detail about recording sessions. I find myself believing his explanations. There is also clearly a distinct difference in post Kris Weston Orb output. Such a shame that it has come to this.
-S.R.C