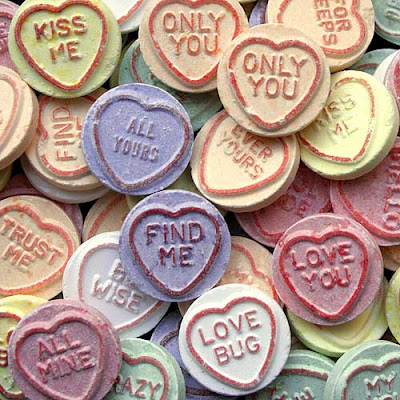 February 14th, Valentine's Day. St Valentine, a 3rd century saint, has been associated with the traditions of courtly love since the Middle Ages. As a priest in the Roman Empire who ministered to Christians during the period of their persecution he was caught and killed, martyred on 14th February 269 AD. According to a version of his death  when he was arrested the Prefect of Rome ordered that he be either beaten to death with clubs or beheaded. But if you think he had it bad, consider this- I'm in charge of a Year 7 Valentine's disco tonight.

Love is the number one topic as the subject for songs and writers. As Joe Strummer said 'subject covered, case closed, don't you think?' A cursory search of my hard drive throws up hundreds with love in the title. Here's two for Valentine's Day, both ace in different ways.

Veteran disco remix King Tom Moulton took Diana Ross' 1976 hit Love Hangover and extended it for seventeen sumptuous minutes, all strings and breathy vocals until a shift in tempo at around six minutes. A song in a version that just has to be surrendered to.

In June 1977 Iggy Pop was recording Lust For Life with Bowie in West Berlin. To change things around a bit the players all swapped roles, guitarist Ricky Gardiner sitting in on the drums, drummer Hunt Sales took brother Tony's bass and and Tony took the guitar. Carlos Alomar joined in with Bowie on organ. Iggy improvised a vocal, a song to the girl. It's got a weird groove and is a wonderful way to close the album.

Fall In Love With Me

St Valentine had the last laugh though, didn't he? This bloody day is like being beaten to death with clubs and beheaded every year.