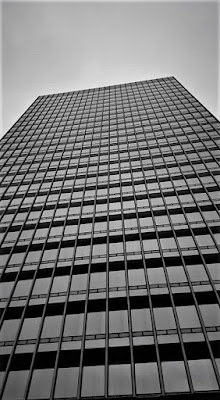 I just noticed that Google/ Blogger have deleted a whole week of posts from early March this year claiming that they have violated their community standards. The posts include-

There's no rhyme or reason to it, most of them don't violate any standards that I can see or even break any copywrite law. Some of the emails say that 'Your content has violated our malware and viruses policy' but I can't see how or why.  There are then some emails saying that the posts have been reinstated but they haven't been, they're still missing. Weird. I understand that as the host platform Blogger/ Google own everything I write and can delete my posts as they please but it really irks that they've been taken down. Has this happened to anyone else using Blogger recently?
This Daniel Avery track called Hazel And Gold just came out, another new one from his forthcoming Together In Static album. Downtempo and dreamlike.
Edit: on closer inspection they deleted posts have been reinstated but reverted to draft status- so I can republish them. Still, a bit odd. Anyway, as you were. The Daniel Avery track is still worth the post.
Posted by Swiss Adam at 20:20

Brings back horrible memories of the original TVV getting deleted by Blogger overnight and me failing to have fully backed everything up.

Might be worth switching over to wordpress....I've had next to no issues with them this past 8 years.

For god's sake this didn't happened to me yet. I also use Wordpress for a backup but couldn't decide to switch completely. And the new track by Daniel Avery makes me curious for his new album.

Not yet... but I only started blogging again in Dec 2020 so it may be early days! Glad your posts have reappeared though, and any reason to post new Daniel Avery music is a good one.

Delighted your posts have reappeared. Don't know if it has anything to do with it but your site is marked "not secure" on my browser.

Hmmm, that's interesting acidted. Why would my blog be 'not secure'?