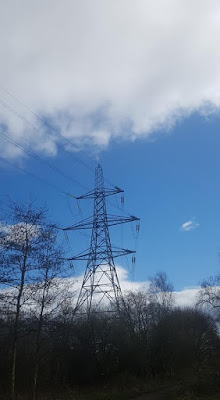 This is very good indeed, a ten minute advance on a full album coming out in June, from the combined talents of The Grid and Robert Fripp. Back in 1992 Dave Ball and Richard Norris worked with Fripp with some of these recordings saw the light of day on the albums 456 and Evolver. Recently Richard rediscovered the tapes from the sessions which included unreleased material, unfinished and unmixed tracks. Some new synths and drums, FX and some technical jiggery- pokery were then added to Fripp's '92 soundscapes and voila!, a new album called Leviathan. Fire Tower is a ten minute treat, programmed beats, long tones and drones, bags of texture and atmosphere- something to sink into on a rainy day.

Me too Ricky- on the basis of this track it'll be very good.

Exciting and excited says it all!

I recently purchased the remixes of Water by Richard Norris - all excellent, of course - but it really whetted my appetite for The Grid/Fripp feast to come.