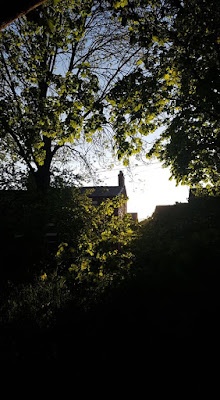 When Alan McGee told Primal Scream to turn their run of singles in 1990- 1991 into an album the end result was Screamadelica. The singles that led to it were era- defining and a total change of course for a band who were first 60s indie janglers and then Stooges style rockers. Taken together the singles- Loaded (I'm Losing More Than I'll Ever Have remixed/ demolished by Andrew Weatherall), Come Together (an epochal Weatherall mix and a summer sun kissing, Elvis referencing Terry Farley version), Higher Than The Sun (various Weatherall mixes and an eight minute Orb mix) and Don't Fight It, Feel It (Weatherall and Hugo Nicolson again at the helm, no guitars, no Bobby, Denise Johnson singing)- are a compilation released together. Add Movin' On Up, a Jimmy Miller Rolling Stones/ gospel fantasy made real, and you still have a series of singles. Slip Inside This House almost sounds like another single, a tripped out acid house cover of The 13th Floor Elevators with Throb singing. It's the rest of songs that turn Screamadelica from an all- the- hits 1991 compilation to an album, sequenced to work from start to finish, a trip/ journey unfolding over four sides of vinyl. I'm Coming Down and Damaged are a pair of ballads, one a Pharaoh Saunders influenced hit of  comedown and the other a country blues, a pair of album tracks that give the album a different pace and vibe. The glue that holds it all together are the other two Weatherall / Nicolson songs, Inner Flight and Shine Like Stars. I'll come back to Shine Like Stars, the perfect closer for Screamadelica another time- instead here is Inner Flight.

Hugo Nicolson provided the studio nous and production skills for Weatherall to translate the spirit of the times and his encyclopaedic record collection into recordings. Inner Flight is a trippy, Pet Sounds on ecstasy instrumental, floating in and floating on, a circling melody line and some stellar, wordless ooh ooh ahhh backing vocals drifting in (sampled partly from C.B. Cook along with some drums from Dr. John's Gris Gris). If you listen to the last forty seconds of this 1974 song from Brian Eno you'll spot where Andrew pilfered the sound effect from for Inner Flight's intro as well.

I'm guessing you're not a Radio 1 listener, but one of the stranger things about the way they treated Prince Philip's death last month was the retreating to a limited, curated non-offensive playlist for the whole weekend. Lots of Alicia Keys on there, lots of Florence + the Machine, but at least four times over that Saturday and Sunday I heard the Weatherall mix of Come Together. Was the Duke a fan? Did he always prefer it to the Farley & Heller mix? Was it by special request of Her Majesty? Who knows?

Maybe Prince Philip instinctively understood that 'gospel, rhythm and blues and jazz... all those are just labels, we know that music is music'

What a tune, what an album. And a big thanks for inspiring something that I was working on this weekend.