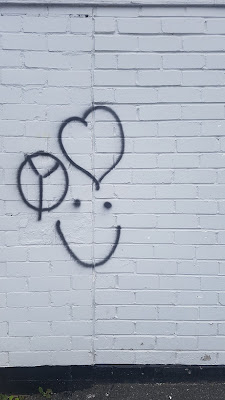 It's a bank holiday here today and the sun is shining. This song, all fourteen minutes of it, came out two decades ago back in 2001, a song that builds itself around one of the defining features of the U.S. and its culture- the highway. Over the course of the eleven verses and four choruses (all slightly different from each other) Gillian Welch weaves a spell with acoustic guitar and some soft occasional backing vocals, where the highway of the title is a way back to someone lost, a lover I assume. In the song the highway becomes a winding ribbon, a band of gold, a silver vision, a dream highway, the route home. Along the way she draws in some of the giants of American culture- Johnny Cash, the Grand Ole Opry, Emmylou Harris and Gram Parsons, John Henry and the Jack of Diamonds, Sunday morning at the diner and Hollywood. Lazarus too. An epic poem set to music, gently melancholic and open to all kinds of interpretations. I don't know what it all means but it's a fine way to spend quarter of an hour on a bank holiday Monday.

I Dream A Highway