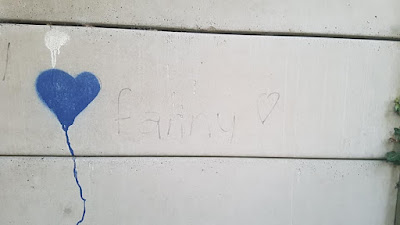 Two long songs today, a bank holiday special, both taken from a 12" single released in 1991 on beautiful sugary pink vinyl from Julian Cope who was at that point at the crest of a wave. Beautiful Love was the first single ahead of the Peggy Suicide album, a trumpet led tribute to Avalon. For the Beautiful Love L.U.V. remix an uncredited Hugo Nicolson loops up various drum parts, handclaps and wobbles, a bass excerpt and some vocal fragments and samples dropped in, a seven minute ride, progressive pop/ house (or something like that). Although it's clearly rooted in 1991's sounds and styles it still works today.

If you turned the 12" over- and why wouldn't you?- there was a nine minute guitar led psyche rock, repetition freakout called Dragonfly. Fading in and then driving onward in motorik krautrock fashion, Dragonfly is all heavy Stooges guitars, wah wah organ, a relentless fuzzed up groove cooked up by Cope and Donald Ross Skinner, and some ad libbed vocals and the occasional exclamation of the title.

Pretty sure I've not heard these before - or if I have, not since 1991! I particularly enjoyed Dragonfly, which sounds as if it was as much fun to record as it is to listen to.

You can hear the fun they're having recording it can't you, its palpable

Riding the crest of the wave indeed!

Dragonfly remains one of my favourite Julian Cope songs of all time, full stop. I've never been quite so taken by the Beautiful Love remix, but Hugo Nicolson was on a roll and each of his Peggy Suicide single remixes was progressively better, culminating in the unassailable remix of Head aka Heed: Of Penetration And The City Dwellers aka Long Meg & Her Daughters. And I loved the coloured vinyl.