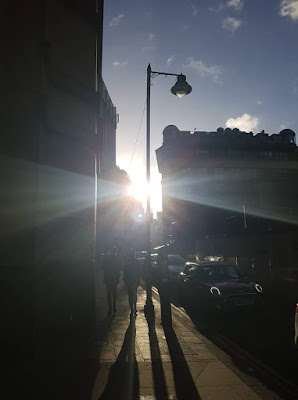 Over on social media this weekend a friend posted a Beth Orton song from 1996. Touch Me With Your Love was on Beth's debut album Trailer Park and was also released as a single in January 1997. The production and mixing was by Andrew Weatherall and Keith Tenniswood, then Two Lone Swordsmen.

This sent me back to Trailer Park where Weatherall and Tenniswood contributed to three other songs including the otherworldly and breathtaking ten minute album closer Galaxy Of Emptiness, a song that unfolds gently, is in no great hurry to get anywhere quickly and all the better for it. Beth sings 'Won't you please knock me off my feet for a while?' and this song does just that.

Galaxy Of Emptiness
Posted by Swiss Adam at 08:00