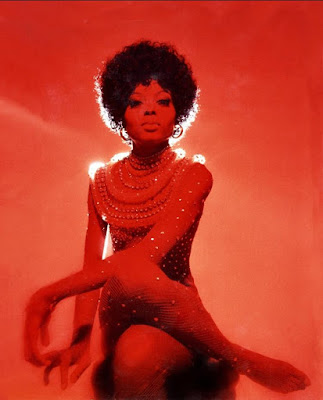 Sometimes you find a picture so great that it alone determines a post. This picture of Diana Ross is such a picture.

Upside Down was on her 1980 album Diana, a record itself with a memorable picture on the sleeve. 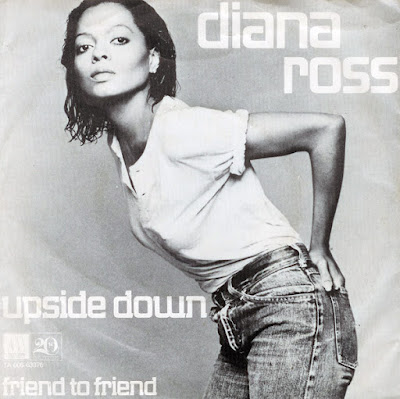 Upside Down (and the rest of the album) was written and produced by Chic, and became a number one single in various countries (number two in the UK). Chic were at the top of their game in 1980. Diana Ross was looking to freshen up her sound for the new decade. Predictably there were clashes between Edwards and Rodgers on one side and Ross on the other, in the studio and afterwards. Diana had the album remixed to make her voice more prominent and Chic nearly removed their name from the production credit in response at their work being tampered with. They relented- the album went on to sell ten million copies worldwide which must have softened the blow.

Upside Down
Posted by Swiss Adam at 08:00

The Diana album really is a Chic/Sister Sledge album as sung by Diana Ross. Ross may have had Neil Dorfsman, or someone else make her vocals more prominent, but it's the disco/funk that commands the album. I'm a great fan of Now That You're Gone. It's a lovely bit of Latin Tinged, Post Disco.

Diana Ross may have been quite horrible in her day...or maybe she just knew what she wanted, and if she'd been a bloke nobody would have thought twice about the way she fought her corner and pushed herself to the top. Either way, she made some excellent records.

Always saw it the way Echorich described it...classic disco/pop that sounded great on the AM radio.