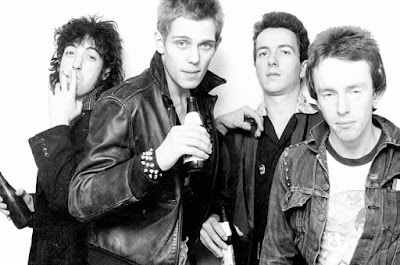 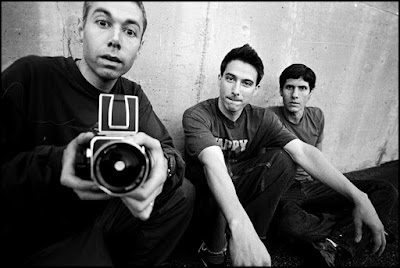 In 1977 The Clash's debut album came out. It opened with the jerky, amphetamine rush of Janie Jones and was followed by Remote Control, a Mick Jones song written in response to the Anarchy Tour. Over a crunching, sped up Kinks style riff Mick complains about civic hall's bureaucrats, grey London town, the police in the panda car, pubs closing at 11pm, big business, being poor, money men in Mayfair, parliament and people who want to turn you into a robot. All good punk stuff. Unfortunately the song became unmentionable when CBS released it as a single without their consent, which for Strummer, Jones and Simonon symbolised everything they stood against. In a way through it all worked out well- Mick went away and wrote Complete Control, one of their finest moments, which opened with the lines 'They said 'release Remote Control', but we didn't want it on the label'. In truth Remote Control isn't by any means a bad song and Mick says they always liked it, they just couldn't play it on ideological grounds.

Back to the band I started the week with for the second Remote Control. In 1998 The Beastie Boys released their fifth album, Hello Nasty, a twenty song tour de force that Adam Horowitz reckons is their best album. The third song is Remote Control, kicking off with a super catchy riff and Mike D leading on the mic, finding links between satellite dishes, videos games, chain reactions, diamonds from coal, rainy days, Don King and 'cameras on Mars on space patrol, controlled on Earth by remote control'.

The two bands are linked by Sean Carasov, known to the Beastie Boys as The Captain. Sean started off as part of The Clash's entourage, selling t-shirts on tour and working his way up to become tour manager Kosmo Vinyl's right hand man. He's also in Joe Strummer's Hell W10 silent film. Sean moved to the USA and became part of the Beastie Boys' circle, eventually becoming their tour manager in the Def Jam days. Later he became an A&R man and signed A Tribe Called Quest to Jive Records. Mike D and Adam H both write fondly about Carasov but also the feeling he left something heavy behind him and the issues he had with alcohol. Sadly Sean took his own life in 2010. 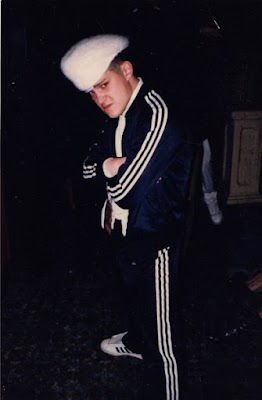 I never understood Joe Strummer's 'ideological' stance. They were after all signed to CBS. One of the largest record corporations of the time. Their DIY ethic was totally compromised by this. They seemed instead to be commodifying a 'revolution'.
-S.R.C

All part of the contradictions of the Clash. Sign to a major to reach as many people as possible but complain about it all the time.

Until I read the BB book, I had no idea of the Sean Carasov link, having previously seen his name in various books about The Clash. He seems to have been some character....don't think he was one to diasgree with about anything!!!

The CBS/Clash thing never bothered me. It was really Joe who moaned about it, but all his life he was a walking/talking contradiction in so many ways, but it made him loveable. Mick just wanted to be a rock star and being on a major made the goal much easier to obtain.