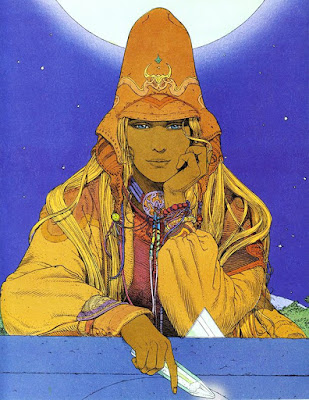 This came out last August but I only found it recently, a John Talabot remix of Marie Davidson. John Talabot is a Catalan DJ and producer who has remixed the Xx as well as releasing his own album way back in 2012. Marie Davidson is a French- Canadian producer and musician who put out an album last year called Working Class Woman on Ninja Tune (which includes a track called Workaholic Paranoid Bitch). House music from Barcelona and techno from Montreal. Talabot's remix of Davidson's So Right is a nine minute dub techno excursion, a deep dive into metronomic drums, moody synths and spectral, echoed voice. I like this a lot.

In 2014 Talabot remixed Bicep. This alternative mix was given away free somewhere- a long, somewhat bleepy version and like a lot of Talabot's remixes is a mid-tempo, mid-set sort of tune.