Something's Got To Give 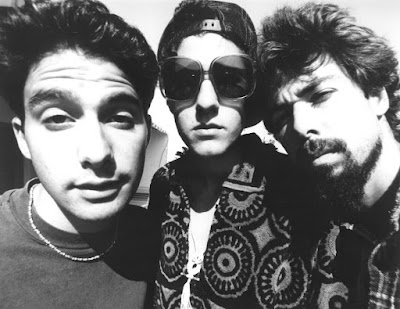 I've had a lot of Beastie Boys going on in January- the book, a 550 page joy, was the starting point. I've gorged on 1989's Paul's Boutique, the sampledelic album recorded in Los Angeles with the Dust Brothers, Yauch, Diamond and Horowitz on the run from their Fight For Your Right To Party days and Def Jam. I've played 1992's Check Your Head and 1998's Hello Nasty in the car to and from work. Ill Communication (which I think may be their best, just pipping Paul's Boutique). The 1999 double cd anthology The Sound Of Science, a round up of hits, singles, B-sides and unreleased songs. A double DVD with allmnner of videosa nd experts that someone bought me back in the early 2000s. I've begun thinking about an Imaginary Compilation Album for The Vinyl Villain's long running series. It's been Beastie-tastic.

In 1992 they moved into a property in the then unfashionable Atwater Village and built a studio/offices/live rehearsal space/basketball court they called G-Son (after what was left on the sign on the front of the building after some of the letters had fallen off). It was accessed up this flight of stairs... 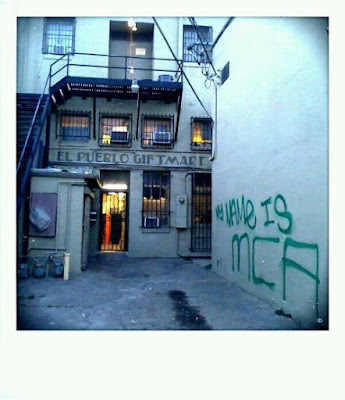 Having started out as a punk/hardcore band the Beastie Boys set up their guitars, drums and bass and set about making an album with live instruments rather than samples. Joined by producer Mario C they spent 1991 making what would become Check Your Head, a twenty track soup of hip hop, funk, punk, soul and rock that laid out the template for much of what would make the 1990s. Half way through the record comes this laid back piece of space rock, led by some killer MCA fuzz bass, a rotating Leslie speaker on the vox and a lot of echo, a plea for tolerance and understanding.

Something's Got To Give


'I wish for peace between the races
Someday we shall all be one
Why fight yourself?
This one's called Rectify
There's something coming to the surface
There's fire all around
But this is all illusion
I've seen better days than this one
I've seen better nights than this one
Tension is rebuilding
Something's got to give
Something's got to give
Someday, we shall all be one
Jesus Christ, we're nice'
Posted by Swiss Adam at 08:00

Trying again after having given up ticking buses and traffic lights

An ICA would be most welcome SA

They were on Marc Marron's WTF podcast recently. Brilliant listen.